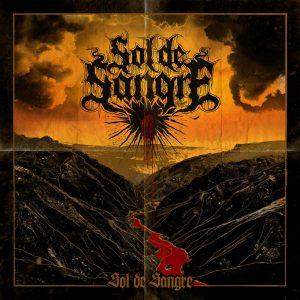 This is the debut album from Sol De Sangre, a multi-country project with an interesting mix of Spanish and Swedish influence. The album starts and ends with a couple of noteworthy pieces of Spanish styled classical arrangements. The fury that ensues between them is an otherwise fairly standard lot of unrelenting thrashy death metal. The music incorporates a very Swedish heavy bottom end (a la Grave, Dismember, etc), which should come as no surprise with Tomas Skogsberg being credited with the mix. The vocals, done completely in Spanish, offset that Swedish feel and are delivered in a barking style similar to that of Cavalera Conspiracy.

Aside from the bookend classical pieces, and very brief mid-album interlude, this album is an absolute assault of dizzying death/thrash. Spanish fluency not required to enjoy the beating.