Interview: Ripped To Shreds – One Man Death Metal From Cali

For those unfamiliar with your band, please give a brief one liner about your sound and a quick FFO.
Crushing buzzsaw death metal tempered by deathdoom and grind. FFO: Entombed, Bolt Thrower, Terrorizer

What was the writing process like for your album? 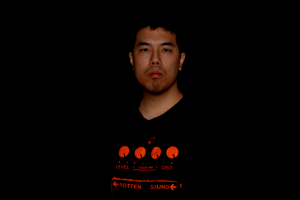 Some songs were easy, some were really difficult. I try to start by thinking of a concept or title, so I can write music that has an emotional arc that follows the “story” of the song, even if I don’t necessarily have complete lyrics sketched out. Then I come up with a main riff and try to build everything logically off of that. I think this process succeeded best on Bone Ritual and Yellow River.

Not many songs were written in one go; Craven Blood I wrote in a week and half when I was still in Disincarnation, but the rest were written over a period of many months. I would come up with about 40-50% of a song, lose steam, start work on another song, and then come back to the first when I was inspired to add some new section/riffs, or change an old one. It’s hard to balance leaving things alone and recognizing what needs to be cut or reworked. Open Grave had a section that I actually just ripped out and rewrote right before I started tracking drums.

What do you think sets your band apart from the rest? What does Ripped to Shreds bring to the table that no one else does?
Frankly I’m not pushing any musical boundaries. I’m writing within the confines of OSDM and following the path that trailblazers have already made. I think it’s extremely difficult to be truly original; if someone finds your music novel, then they probably haven’t heard the music that influenced yours. Execution and attitude are what matters. However, the state of Chinese death metal is truly dismal. Taiwan only produces slam/BDM bands and there’s nothing I dislike more than slam. Mainland China is 99% black metal with no OSDM. They’ve had Ululate, who are okay, and Rupture, who are pretty kickass death/thrash, but it’s a very sparse field. So from that perspective I think I write some of the best Chinese-language OSDM around.

What sort of things inspire you to create music?
I’m inspired mostly by listening to music. Sometimes I hear a specific melody or riff that gives me an idea on how to fix a riff that I’ve been struggling with, other times I realize there’s a specific rhythmic or melodic device I haven’t yet tried. Chinese history and culture obviously are big points of reference for this record. Bone Ritual was specifically inspired from attending the Buddhist funeral of my grandfather. I wanted to showcase traditional Han funeral rites and explore some morbid twists that came to mind during the ceremony. For instance, after cremation the bone fragments and ashes are placed into a funerary urn which is venerated in ancestor worship. But what if during the cremation process, the crematorium workers brought the family the wrong ashes? The family would be making votive offerings to a complete stranger.

How do you feel about the current state of the music industry, in particular streaming services, “illegal” downloads and such?
As a consumer, the extreme metal underground is awesome. There’s a ton of amazing metal being made every year and there’s always something fresh to listen to. On the artist side, I personally feel like piracy is a matter of convenience and that someone who was going to buy the physical copy in this day and age would buy it regardless of a pirated version being available. On the other hand, I’ve never had an album leaked before release before so I might have a very different attitude if that happened. As for streaming services I have no real opinion. 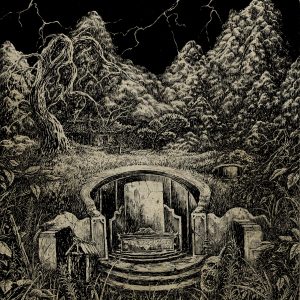 If you could share the stage with any other musician (dead or alive), who would it be?
Nicke Andersson because Entombed is the greatest DM band of all time. Nicke is a drummer with a great sense of groove, taste, and aggression, even if he doesn’t play blastbeats. Plus his riffing is topnotch; I can’t wait to hear another Death Breath album.

Which albums are in your top 10 right now?
I’m mostly a death metal and grindcore guy, but there’s one black metal record from last year, a collaboration between Voidcraeft and Agonanist (who’s a friend of mine), that I couldn’t stop listening to. Crazy 17ET BM with a ton of riffs and twisted grooves.

Fast forward 5 years from now, what’s Ripped to Shreds doing?
Headlining CDF 2023. Putting together a live lineup will be tough as I need to thoughtfully choose musicians who are on the same page in attitude, approach, and influences. I think in my first band Disincarnation I found “people who wanted to play” rather than “people who had the same vision.” I’m still very grateful to them and it was absolutely necessary for my growth as a musician to have that experience, but after a brief fruitful period the results of our collaboration were not what I wanted.

Craziest thing you’ve ever done together with the band?
The band is just me so I couldn’t really say I’ve done anything crazy. Going to sleep after midnight is about as crazy as I get these days!

Thanks for your time, anything else you’d like to add?
Thanks for reading, thanks to everyone for their support, and of course thanks to Craneo Negro and Necrolatry Records for bringing this album to you guys in physical formats! Digital preorders are available from my bandcamp right now, and I’ll be putting up tape/CD preorders as they get shipped to me from the labels.