Zifir are a two man black metal band out of İzmir, Turkey. Their newest album, Kingdom of Nothingness,  was released this past September by Duplicate Records on CD and Vinyl. It can also be found on Spotify, YouTube, iTunes, Bandcamp and all other digital platforms. If you like your black metal raw, bleak and old school, your cup of tea is waiting for you right here.

For those unfamiliar with your band, please give a brief one liner about your sound and a quick FFO.
Nursuz: We are Zifir from Turkey. Zifir plays Black Metal in the vein of MayheM, Burzum and Darkthrone.

What was the writing process like for your album?
Nursuz: It took 4 years for our latest album (between 2012-2016) but we are pleased with the outcome. 13 tracks and 49 minutes of Black Metal madness, only for the addicted!

What do you think sets your band apart from the rest? What does Zifir bring to the table that no one else does?
Nursuz: Zifir has a good blend of Scandinavian sound and middle eastern tunes. We are experimenting with how to harmonize streamlines of chaos in our music.

What sort of things inspire you to create music?
Nursuz: Misanthropy, Blasphemy, Uncertainity, Sceptism and eerie moments in life.

How do you feel about the current state of the music industry, in particular streaming services, “illegal” downloads and such?
Nursuz: Streaming services and illegal download is OK i think.

If you could share the stage with any other musician (dead or alive), who would it be?
Nursuz: MayheM 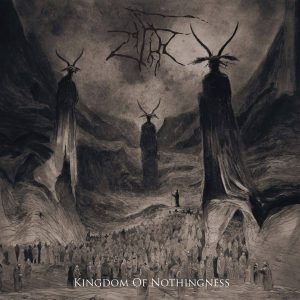 Craziest thing you’ve ever done together with the band?
Nursuz: Having Zifir formed in Turkey as a Black Metal band.

Thanks for your time, anything else you’d like to add?
Nursuz: Follow Zifir on the internet and spread the malady!