For those unfamiliar with your band, please give a brief one liner about your sound and a quick FFO (For fans of…).
We blend an eclectic mix of genres from hard alternative rock to progressive metal, with blues jazz influences, & everything in between. FFO: Cloudkicker, Karnivool, If these tress could talk, Isis, Tool, Russian Circles, Intervals, Tatran

What was the writing process like for your album?
Our debut album comprised of tracks written from our inception as an instrumental prog/post rock outfit. So all the tracks were for the most part the first songs we wrote together within the first year or so of us practicing and gigging. The song writing itself was a fairly seamless and organic process. During recording we tweaked and added a whole host of melodies, chords and harmonies that complemented the already full sounding tracks, rounding off the sound we were looking for in this album.

What do you think sets your band apart from the rest? What does Kings Of Improg bring to the table that no one else does?
We take the listener on a journey through many differing musical references, it’s hard to really box us in to a specific sound or prog/post genre as every track on Henosis could be separated and be a sub-genre on it’s own, and to the unfamiliar listener could be seen as different bands. Each song stands on it’s own two feet and while the transition on the album is seamless, the listener is forced to not get too comfortable within the songs, we like to surprise the audience with parallel pathways and perpendicular shifts within the songs that sets you off on a mystical journey of enlightenment. We bring a full and energetic sound and presence to our live shows and like to leave a mark on the audience at each gig. People will walk away perplexed and simultaneously entranced with what they just witnessed.

What sort of things inspire you to create music?
Everyday life, it’s trials and tribulations, the dark and the light within all that surrounds us, and of course listening to other great musicians take us on their own journey, inspiring in us a want and a need to create music of our own, that we can share with the world and that can possibly inspire others to create. 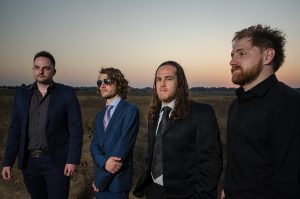 How do you feel about the current state of the music industry, in particular streaming services, “illegal” downloads and such?
The industry is in a good place regarding streaming services and online platforms that have made it easy to get your music out across the globe, which before would have been otherwise impossible or extremely difficult at best. Illegal downloads can be seen in a negative and positive light, but if we focus on the positive, more ears are getting to hear your music which ultimately means a growing audience, possible future revenue from sales and shows. If someone downloads your music and becomes a fan, there’s a high likelihood that that person will contribute in some small way towards your endeavour, be it purchasing an album, buying a concert ticket, or converting fellow friends and listeners alike, that in turn can become fans and so grow your brand of music and fanbase. So “illegal” downloads shoudn’t always be seen in a bad light, when you consider people are actively searching out your music, which is the first port of call when an independent band, getting ears to the tunes.

If you could share the stage with any other musician (dead or alive), who would it be?
Maynard James Keenan 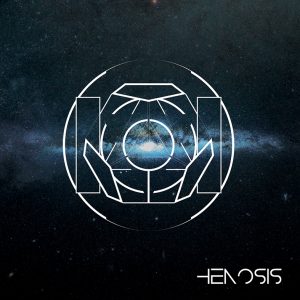 Craziest thing you’ve ever done together with the band?
Playing in suits in the 40 degree celcius South African heat in the middle of Summer for a promotional video that never materialized. All while dealing with intense hangovers after a two day gigging and binge partying around Joburg.

Thanks for your time, anything else you’d like to add?
“Subconscious thoughts and dreams are the juxtapositioned intellectual ideas, emotional vulnerabilities and ramblings of the mind, musical expression is the physical manifestation thereof, seek and ye shall find.” – Excerpt from ‘The Cornerstone’ short story that accompanies the Henosis album.