For those unfamiliar with your band, please give a brief one liner about your sound.
Progressive Death metal act from Tunisia – North Africa founded in 2010 by Muhammed Mêlki. The project released its first debut ‘’skinless agony’’ and now returns with a new full length “IDENTITY DISORDER” which includes the following tracks:
01. Mist
02. Controlling
03. Feeding The Hunger
04. Shooting Torpedoes
05. Bipolar
06. Traces
07. Ritual Of Sacrifice
”IDENTITY DISORDER” will be available Worldwide Via Crime Records As on the 4th of May. 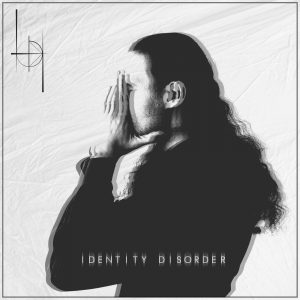 What was the writing process like for your album?
The basis of the whole thing was writing all the tracks using only Guitar which means that is the only instruments in the first phase of the writing process…and this phase lasted for months, and then I got to create the arrangement, when the two phases finished I knew where I was going and got to construct and fix the whole idea.. and of course the experiences I had in my life during these phases had an impact on the theme.

What do you think sets your band apart from the rest? What does Brood Of Hatred bring to the table that no one else does?
It’s the original sound and the different approach to Extreme Metal, the sound that has been created in the midst of a place in the world that it is different culturally of what people used to listen to.. from Africa and precisely Tunisia North Africa.

How do you feel about the current state of the music industry, in particular streaming services, “illegal” downloads and such?
The most harmed person in this subject is the Artist, it is a spider web of many people that feed on the artist, a bunch of people that thrive and work as if they are an organized label or a distribution company… those mentioned must know that the artist spends a lot of money and goes through many obstacles physically and morally so that the music gets to be heard and helps many people…

If you could share the stage with any other musician (dead or alive), who would it be?
Chuck Schuldiner

Fast forward 5 years from now, what’s Brood Of Hatred doing?
Lots of work, lots of expression.. because the concept is more profound and this is just the beginning of it, a project that was created in the middle of a background that gives me more space to go deeper in the concept and make it evolve more and more..

Thanks for your time, anything else you’d like to add?
Thanks for the interview, and I’m thrilled for the release of the new album ‘’identinity disorder’’ so everyone get to enjoy it.