Good weekend once again. Ah shit, it’s Monday. I may need to change the title of the column. Moving right into it, Chase B. asks, “Why are pancakes considered to be a breakfast food? Its basically a desert.”

Well, Chase, breakfast is supposed to be the first meal of the day, “breaking” the “fast” that one undergoes while sleeping. Pancakes are a good way to introduce carbohydrates into the body following a long rest. However, according to National Geographic, pancakes in some form or another have been a staple of the human diet since before recorded history. So, given that they are relatively easy and quick to make, supply the body with fast-acting carbs for energy, and taste fucking fantastic, the question you should be asking is, why not pancakes at every meal?

Mikey N. wonders, “Why are the unicorns dead?”

They’re not. One still lives and one day she will return and drive the Red Bull back into the sea and free all the other unicorns, and then the unicorns will assert their supremacy over humankind once and for all. I cannot wait to serve our new equine masters.

Now we are getting a little philosophical here. John S. tries to stump me by asking I have a 2 part questions, “Where does all the dark go when you turn on a light?” and “Do penguins have knees?”

To answer the second first, yes, they do, but their leg bones are extremely short and their upper legs are covered by feathers. To the first, when you turn on a light, all you’re doing is sending photon particles in the air that reflect off of the things within the spectrum that we can see. There is still “darkness” present, but we don’t see it because our eyes focus on the things that are immediately visible. There is really no absence of light, at least not in a room where you flip a switch, just things our eyes can’t process. Similar to sound in that there are frequencies so high or low we can’t hear them, but they exist nonetheless. Light and darkness sort of have a balance, in that we wouldn’t know what one is without the other. Can’t have brightness without shadow, ya know?

And the question of the ages is posted by Scotty B. “Why to bad things happen to good people?” 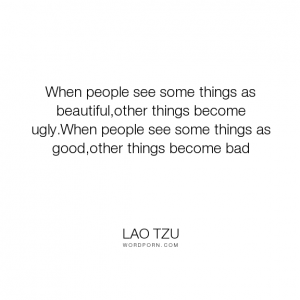 That’s not to say injustice doesn’t occur. Clearly it does. No good deed goes unpunished. Only the good die young, while the evil seem to live forever. It seems that way, but it’s not really like that. By elevating one thing or event as “good” then by comparison other things are not as good, or bad, and vice versa, but it’s not a zero-sum game. Instead, frame these events or things as something you like or dislike. This allows you to take responsibility for your value judgments instead of framing a subjective feeling as a universal truth.

Example: “Five Finger Death Punch is terrible”. Then by extension, other bands are “better”. Also, people who like Nickelback will beg to differ.

“I don’t like Five Finger Death Punch”. Puts the judgment on you, which is valid. You don’t like them, but it doesn’t mean that others must, or that there is something wrong with those who like them, or that FFDP are not good musicians, whatever. I know, I don’t like them myself and it’s tempting to say they suck, but in truth I just don’t dig on them. It’s all subjective. Of course, when the event is more detrimental to our self-interest than a choice of music, we place more of our own value on the judgment and are more likely to say that it’s “good” or “bad”.

Another point I want to make is about comparison. “Why do bad things happen to good people” (or vice-versa) is a question rooted in comparison. Franklin Delano Roosevelt once said that “Comparison is the thief of joy”.  Comparing ourselves and our circumstances to others  and thinking that the events that affect them for better or worse have anything to do with their morality or deeds as people is pointless. Practice empathy in all difficult and challenging situations, and share joy in the things that brighten our lives. I could stand to take this advice more often myself.