What a shocker, the column is late. I’d blame Friday the 13th for it, but I’m not superstitious. The only bad luck I had, I have created myself, at least as far as the events of this past week are concerned.

See, on Tuesday night, I had a fantastic band practice. It was one I had been needing to have. I’m also excited to say that we have found a guitarist to fill the vacancy left by Ty Asoudegan, and I’ll announce more info on that once he’s ready to hit the stage with us over on the Frost Giant Facebook page. Overall it was a great night and we all hung out till well after midnight.

The ride home for me, though, was incredibly scary. I began to feel a tightness in my chest like I had never felt before. I felt way more tired than I usually do post-practice. My arms felt weak and I had the chills. The pain would vary in intensity but it never fully went away. I thought… fuck. This is it. I’m going to check out at age 45. What bullshit. What total fucking bullshit. I was scared for the people around me. For my husband, whom I never want to have to mourn my loss, especially not while we are still relatively young. For my bandmates, my brothers in arms, the tribe that we’ve formed between us and Transcending Records. All my friends and family… I have over 800 Facebook friends and I know most of them personally somehow. I’m proud of that. I’m not proud about how they would feel if I suddenly dropped dead.

But then there is also that denial, too. I can’t be having a heart attack. I do have acid reflux. I do get chest pains when I have bad indigestion or when I eat certain foods. It could be trapped gas. Burping didn’t help much and I wasn’t sweating. The weakness could be exhaustion. I had been up for 19 hours. I got home at 2 AM and the last thing I wanted to do was wake my husband in a panic, and I did start to feel better once I was able to relax, so I took a hot shower and some antacid and nervously went to sleep. I woke up a few times just to make sure I was still alive. In the morning I felt better, for about an hour. And then the pain came back.

I called my husband and told him what was up. He was worried. Terrified, as was I, and we agreed that I needed to get checked out right away. I went to an Urgent Care near my house. They did an EKG reading which wasn’t conclusive, and the doctor didn’t want to send me home telling me nothing was wrong just in case there was. She urged me to go to the ER. I did. Upon admittance I was descended on by a team of nurses and hooked up to a bunch of machines. Another EKG, continuous monitoring of my vitals for three hours, and some bloodwork later, it was determined that I did not, in fact, have a cardiac event. My troponin test came back negative, so, no damage to the heart. However, my blood sugar was pretty high (188) and since I had not eaten since before practice last night, that was concerning to me. It means I am doing a shit job at managing my diabetes.

I have grossly neglected my health. You would never know I was diabetic if you saw what I ate. Garbage food. Quick, easy, sugar-laden crap that I should be grateful to for only causing acid reflux. This shit will kill me if I keep eating it. I had a lot of alone time in that bed waiting for the troponin test to come back to think about what I had done to myself. I went through the gamut of internal rage and self-flagellation. I went through the feelings of hopelessness and self-pity. I went through the blaming of everything on my circumstances. I couldn’t eat healthy, it’s too hard. It takes too much preparation and time. I even blamed my job, because working with disabled people can sometimes make keeping to a regular diet and eating schedule tricky (even though I work in a group home with a kitchen and a stove).  Then, finally, another voice entered my mind and asked me if I was done.

Are you done? Good, because now, I am going to take over.

You are blessed. You have so much going for you that you’ve no right to wallow on the pity pot and comfort yourself with your failures. 15 years ago you radically changed your life. Two years after that you were competing in strongman contests. You kept meticulous records of every workout you did and every calorie you ate and every minute you slept, because it was important to you. It was so important that music became your second love compared to strongman and weightlifting. What happened was that you gave up exercising when your back went out. You stopped believing that you could do anything else and you let yourself get to this point. Even after being diagnosed as diabetic 2 years ago, you still sat back and changed nothing about your life, relying on medication to keep your sugars under control, and challenging their effectiveness by eating pure fucking trash at every turn. This is on YOU. You are killing us and you need to fucking stop it.

Self talks like this are brutal. Some folks can live in denial for a long time. Yet, when something happens that makes denial impossible to maintain, that clear conscience rings through like an alarm clock when you’re hung over. It hurts. It makes you feel bad, Guilty. Yes, guilty, And guilt is good.

Guilt is knowing that you are responsible for something. I did, or in this case, did not do, something or some things, in which the consequence was me sitting in a hospital bed, waiting for a test result that was going to tell me whether or not I had a heart attack. I knew then that regardless of the result, I had some changes to make.

I don’t want to die. I want to be around for a while. I want to grow old with my husband, listening to vinyl and watching 30 year old game shows on YouTube. I want to take Frost Giant as far as I can and continue to release music for at least 20 or 25 more years, maybe more if fate is kind to me. When I finally return to the universe I want to feel like I accomplished something. Not everyone gets to do that, because shit happens, and shit could happen to me as well, but do I need to act in ways that makes preventable shit more likely to happen? No. I don’t. The choice is mine, and it really is the most basic of choices- what to put in my mouth, and whether or not to *do*. Meaning, act. Exercise. Practice. Live. I am blessed. I am privileged. I am grateful. I’ve spend enough time lamenting my limitations and chronic conditions and used them as excuses to not work around them or focus on other aspects of my health. I can’t go on saying that I don’t have a choice, or blaming other things or events or setbacks I’ve suffered, because I will always know that doing so is total bullshit. If I return to my old ways I can’t lie to myself anymore, and I would do so knowing I was putting myself at risk of severe health consequences that would impact a lot of people that I love and care about, who love and care about me.

Each day I have a little mantra I say to myself when I get up. I learned it from a dear friend who has been saying the same mantra for 34 years now, since he was 13 years old. “Oh good, another one.” It means, I woke up. I get to do stuff today. It changes perspectives when you repeat it enough. Soon, even doing things you don’t really want to do? They get easier because OGAO puts the responsibility for the day on the one saying it. Sure, I may not want to do the dishes, but I get to do the dishes, and then they’ll be done and I’ll get to do other stuff, like cook and prepare foods for me to bring to work throughout the week, or do something else and just know I have a clean kitchen. When I woke up Wednesday morning, I said to myself, “Oh good, another one”, knowing that if I did go to the hospital, I at least woke up and I got to go to a hospital.

So… that’s where I am at. I’m three days into mindful eating and changing the way I think about food and exercise. I’m not making any bold promises or declarations. I’m just trying to be the agent of my own change, because ultimately, I would like to live. I’m not done, far from it, and if I do check out early for some reason, I don’t want it to be due to something I could have avoided with just a bit of attention and effort. 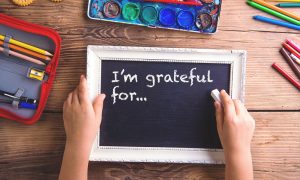 Thanks for reading. Practice gratitude and kindness, and be excellent to each other.

Ask a question? Sure. Send them here.