The British death metal band Valafar have inked a deal with Transcending Records and will soon release an 8 track album titled Wolfenkind. The album features artwork from Jan Yrlund of Darkgrove Design. 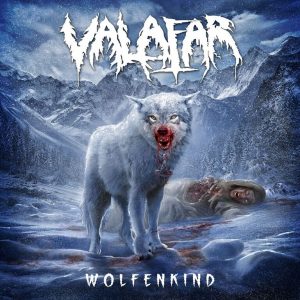 Tracklist
1. Úlfhéðnar
2. Brotherhood of the Wolf
3. Path of the Warrior
4. Bloody Spoils of War
5. Shunned from the Light
6. The Ballad of Plainfield
7. Odin’s Call
8. Born of the Nine

Valafar join a growing handful of British bands on the Transcending roster including Monolith Cult, Godthrymm and Monstrance as the label continues to fuel the latest “wave of British heavy metal”.

Valafar will appear alongside Evile, Memoriam, & Xentrix as well as label mates Monolith Cult and Godthrymm and this years Manor Fest in Keighley Victoria Hall on May 12th. More info on Manor Fest.