For those unfamiliar with your band, please give a brief one liner about your sound and a quick FFO.
A heavy metal dumpster fire of disparate influences, now leaning toward progressive doom. For fans of everything from Judas Priest to ISIS to My Dying Bride 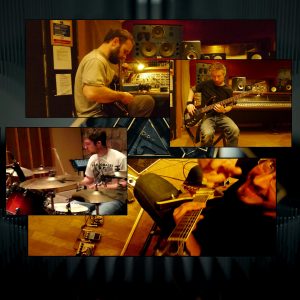 What was the writing process like for your album?
These songs were written about two and a half years ago using much the same process as all of our recent output; namely I shut the door to my office at lunchtime, noodle away at guitar and record demos to programmed drums with a BOSS BR-80 portable recorder. After the songs are together I send out to the guys in the band and they start learning, using the demos as a template. When things have taken shape I book studio time and we get together to rehearse.

Lyrics tend to get done well after the music and, in this case, were not even written until the main music was recorded at the studio (Rockfield Studios in Wales).

What do you think sets your band apart from the rest? What does Monsterworks bring to the table that no one else does?
We like to do themed albums; not usually concept albums in the vein of King Diamond, but writing to a common lyrical theme. A lot of our stuff gets quite philosophical and hence outside the realm of a lot of the usual heavy metal subject matter. That makes us a little different. You could call it ‘thinking man’s metal’ if you wanted us to be arrogant about it.

This approach extends to the music which can be quite challenging for some listeners as it doesn’t follow much in the way of rules. Although, after many years of doing this and observing what works and what doesn’t (of my own stuff and other bands) I have developed a few guidelines.

https://www.youtube.com/watch?v=zjqfrsVA8_Q
What sort of things inspire you to create music?
I am not sure directly, because I just sit down with a guitar when I have some free time and a lot of new music might pour out, or not much at all, depending on the day. There is no pattern to it that I have ever been able to work out.

When writing lyrics I quite often go and sit somewhere less ordinary and get some fresh air. Mountaintops are great for that! You can’t force it though.

For me, and for everyone, just being happy is the best thing that keeps you getting up in the morning. It’s easy to get dragged down by modern life or an illness or any number of challenges people can face. Everyone has a certain level of creativity – probably the more relevant question is ‘what inhibits you from being happy and creating?’ If you can work that out then you’re doing well. 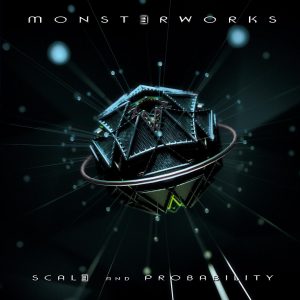 How do you feel about the current state of the music industry, in particular streaming services, “illegal” downloads and such?
On the one hand I tend toward disliking music streaming services and fully condemn illegal downloading; on the other hand metal music is pretty strong overall as a movement. In other words, while streaming and illegal downloading has severely handicapped the chance to make a living for many musicians, there are still a hell of a lot of musicians doing it for the pure passion of making music.

I also think the standard of music is pretty high. I mean, there is so much it is hard to get noticed, but I constantly uncover fantastic new bands to become a fan of.

My pet peeve is more concerned with sound quality rather than actual songwriting content. By that I mean fake sounding music – over processed, over compressed – whatever production choices crush the soul out of music like typewriter drums and heavy handed mastering.

If you could share the stage with any other musician (dead or alive), who would it be?
Queen in their heyday. It is the most notable of my favourite bands that I never got to see. There have been a few chances to see Queen + Adam Lambert but I just can’t bring myself to do it. That guy has a great voice but they would only do the greatest hits and I always loved Queen as an album band. Imagine seeing them in say 1975 when they had a few but not too many albums under their belts!

Which albums are in your top 10 right now?
Recent-ish albums I like and continue coming back to:
Akercocke – Renaissance in Extremis
Bask – Ramble Beyond
Weedpecker – III
Slugdge – Esoteric Malacology
Vainaja – Verenvalaja
Witchcryer – Cry Witch
Unleash the Archers – Apex
Judas Priest – Firepower (I don’t love it yet but I’m trying to give it a fair go as they’re my favourite band)
King Goat – Conduit
Dying Fetus – Wrong One to Fuck With

Fast forward 5 years from now, what’s Monsterworks doing?
Probably the same, probably continuing to be the most prolific band no one ever heard of. My heroes are still playing into their seventies so I’ve probably got another 30 albums in me.

Craziest thing you’ve ever done together with the band?
I really can’t think of one. I am, for my sins, fairly sensible. We’re still building up to our ‘playing on a rooftop to unsuspecting spectators below’ moment.

Thanks for your time, anything else you’d like to add?
Listen to our new album ‘Scale and Probability’ when it comes out on 4 May!! It is about The Fermi Paradox which asks: why, in a vast universe, don’t we observe any other intelligent life out there? In other words, why are we alone?

The songs on the album address that question from different angles. One is about the idea that aliens don’t want to be found, another is that intelligent life inevitably destroys itself before being in a position to communicate across a galaxy or, lastly, that we actually are the first example of intelligent life anywhere.