Kill your local heroin dealer.  So we’re back to this, folks?

What was once a slogan on a straight edge T-shirt is now a serious proposal being floated by the President of the United States. I am not going to use my column here to opine about Donald Trump. That’s not where I want this feature to go. I will only use this statement of his to illustrate how utterly frustrating this opiod epidemic is, and to lay out some radical and yet sensible ideas to help rein it in.

A few weeks ago, Casey W. asked me what I would do about this problem and I told him that there wouldn’t be a quick or witty answer. It’s not the kind of problem that can be handled with simplicity. What I do know is that treating addiction as a criminal issue has failed miserably for decades, and it’s gotten far worse since Richard Nixon declared a War on Drugs about 50 years ago.

It has ruined the lives of many people it was intended to save by giving addicts criminal records. It has prevented addicts from seeking help for fear they will be arrested or lose their jobs. It has caused more overdoses because addicts do not know the purity, potency, or content of street drugs. It has led to an explosion of drug-related crime from robbery, burglary, and theft all the way up to murder. It has enabled and in fact, been the main source of income for gangs and organized crime. It has led to a boom in one particular industry- private prisons, and there is now a financial incentive for these prisons to keep all drugs illegal in order to keep their cages full. It has led to corruption of law enforcement, the courts, and the medical industry including doctors and pharmaceutical companies. It has led to a near-complete erosion of our Constitutional rights, specifically the 1st, 4th, 5th, and 8th Amendments*. Also, the fact that such a huge racial disparity exists in our criminal justice system, the 13th and 14th Amendments** are also being stressed to their limits by current War on Drugs policy. We have occupied Afghanistan for the last 15 years because they grow the most poppies in the world. The United States is arguably the largest drug cartel on the planet, and now the President is validating every straight edge warrior’s fantasy about offing smack dealers.

Just seriously, knock it off and come to your senses.

For real, just cut the shit and hear me out. I don’t blame people for being angry at the fact that so many people are dying and suffering from addiction. If we have not been there ourselves we’ve all known people who were. Chances are, most of you reading this got that phone call, that text message, saw that RIP post on Facebook and had a funeral or several to go through. I lost my best friend 12 years ago this summer to an overdose, and I wanted to straight up murder the other friend he had who got him into harder drugs. When he dared show his face at my friend’s service I wanted to cave his skull in with a baseball bat. YOU KILLED MY FRIEND, MOTHERFUCKER, YOU KILLED MY FRIEND, DIE, ASSHOLE!!

But the truth is, he didn’t kill my friend. A disease killed my friend. A disease he could not cure by himself. An insidious disease that lies to you and tells you that you’re not sick, you’re just fine, or you will be fine if you can just get a quick pick-me-up. You know, not every addict hits rock bottom before they die. Some never see it coming. They may not even be that far down the road and then they make one terrible mistake and it’s over. My friend is gone and I miss him dearly, but his other friend didn’t make him take the drugs that killed him, or any drug he ever ingested.

Likewise, drug dealers do not force their customers to buy the drugs and use them. As long as people want, need, or crave the drugs, there will be drug dealers, and one thing we ought to know about drug dealers is that they aren’t afraid to die, and if they are it’s not going to be at the plodding pace with which our justice system carries out capital punishment. They’re more afraid of being killed by other dealers or perhaps cops if anything, but it still doesn’t stop them from slinging anymore than the lethal potential of heroin stops addicts from using it.

The desire to kill drug dealers is an emotional, rageful lashing out at a problem that we don’t seem to know how to manage, but there have been policies enacted in other countries that have worked, which are often called “harm reduction”. The trouble is, they’re the complete opposite of what the United States does and Americans are painfully married to our own pigheadedness. We never want to admit when another country has good policies that work because we believe that we are inherently superior to other nations. 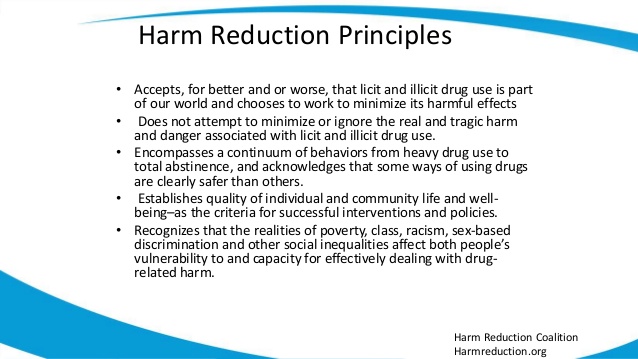 So, Casey, to answer your question, what do I think should be done about the opioid crisis?

Tax and regulate them the way we do alcohol, tobacco, and in some states pot where it’s legal.

Immediately pardon and release all non-violent drug offenders, expunge their records, and offer them free rehab if they are still struggling with addiction.

Use the tax revenue from sales to pay for rehab and treatment for those who want help in getting off of drugs, and clinics that can help manage addicts who can’t get off the drugs so they aren’t using street drugs that are not standardized for purity, potency, or potentially harmful non-active ingredients.

Yes, this seems radically counterintuitive to what we do now, because pretty much all Americans alive today didn’t live at a time when drugs weren’t illegal, and a good portion of us were raised during the escalated War on Drugs. We don’t know any other way to deal with the drug problem other than to throw more money, more lives, more violence at it. But ask yourself, has it worked? Doesn’t look like it to me. Looks like it’s only gotten worse.

Now, I can go into many sub-reasons for the opioid crisis including the complicity of Big Pharma and how misguided laws have turned chronic pain patients into heroin users, but that’s not my focus here. If you seriously think that drug dealers should be killed, you’re missing the point. The drugs and the dealers aren’t the cause of drug-related problems. Idiotic and backward drug policy is.

In the interest of full disclosure, I have never touched heroin and only rarely used opiods under prescription. This isn’t me wanting drugs to be legal so I can get high. I don’t feel like I should have to qualify that but every time I have this discussion some rube has to levy that charge against me. I also do not believe there is any place for the death penalty in a civilized society for the simple reason that it can’t be taken back if it’s administered in error. It’s totally fucking immoral, horrendously costly to taxpayers, takes forever to actually carry out, and, oh yeah, like all other sentences, is disproportionately handed down against people of color and the poor. So no, racist and heavily flawed system + irreversible sentence = bad fucking idea.

So look, I get that addiction is a huge problem, but raging against the dealers at the street level and wanting to kill them is misguided at best, cruel at worst. Addressing this problem will not be easy and curbing addiction and overdoses won’t be accomplished with brute force. You might as well try and punch a cloud because it’s raining. Let’s have a mature discussion about this crisis rather than give in to the hardcore straight edge fantasies some of us had back in the day when we were trying to be edgy and separate from the stoner/wasteoid crowd. We can do better than “just kill them”.

Like, I really shouldn’t have to say this. I shouldn’t. If you’re seriously entertaining this as a good idea, please get some help for your unresolved anger at the addiction issues that have scarred your soul.

*Constitutional refresher. The 1st Amendment also provides protections for freedom of religion, and some religions use peyote and marijuana in their rituals. Current federal law has no religious exemptions. Now if they were a Christian baker wanting to deny someone a cake, Republicans would be slobbering all over that religious liberty dick to make that happen.

The 4th Amendment provides for protection against unreasonable search and seizure. Thanks to the Drug War, we have no right to be free from search and seizure. We can be stopped, detained, searched, have our homes invaded, our pets shot and killed, and our property seized and sold under federal asset forfeiture policy even if we are just suspected of having illicit drugs.

The 5th Amendment provides us the right to be free from self-incrimination and preserves for us the right to due process, both of which have been eroded under the War on Drugs.

Treating addiction like a crime is cruel and unusual punishment.

** The 13th Amendment freed the slaves, and yet we now have slaves in prisons working for pennies per hour for private corporations that contract with these private prisons. The 14th Amendment calls for equal protection under the law, but if your’re white and affluent, chances are a drug conviction won’t even stick to you unless you’re a repeat offender who actually kills or injures someone. If you’re not white and poor, a first offense can land you with a felony and jail time. Equal my big fat ass.

So… that about spell it out, Casey?

Send me kudos, questions, or hate mail here. Love ya!