Greetings and welcome back! I guess that since nothing else is happening they want me to keep churning out columns so today we bring you a second installment of Fridays w/Frost. Grab your coffee and strap in.

Mike R. asks me, “Matti, I’m trying to manage two business, two kids, a wife and still have some sort of a life. Give me some time management tips.” 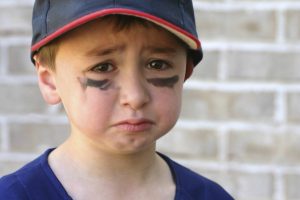 You could probably sell a kid. Every parent has a favorite (don’t lie, nobody loves ALL their kids equally). Look, you just take the kid you like the least aside and break it to them gently, hug and kiss them goodbye, and off they go! Having only one kid will save you time and money and spare you the constant din of sibling rivalry. The kid who stays will never bother you again, trust me. I’ve seen this work with larger families. One kid gets sold off and those who stay become super chill. Maybe the kid that got bounced was the troublemaker all along? Either way, not your problem anymore. Enjoy your new-found peace and free time.

Wesley J. wonders, “How do you reignite the long lost passion in a 20 year marriage?” 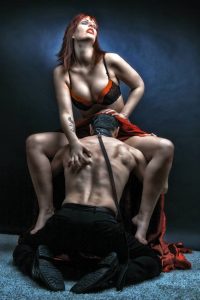 This is what I’ve been feasting on nonstop lately.
You will need:
1 lb of ground meat. I prefer sirloin or meatloaf mix.
3 tbsp of Adobo
2 tsp black pepper
2 cups of instant rice, brown or white.
Slightly more than 2 cups of water.
3. 8 oz. Velveeta or generic equivalent. 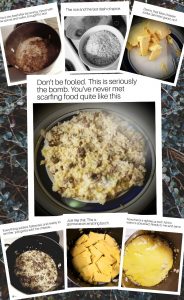 Slice the Velveeta into 1/4 inch slices, like you would for crackers but a tad thicker.
Brown the meat in a saucepot or deep skillet; drain.
Put meat back in pot/skillet, add Adobo and pepper, stir.
Add in water and rice, stir. Bring pot to a boil.
Reduce heat to barely simmering, and flatten mixture with a spatula. Place sliced Velveeta over the whole surface area or as much as it will cover. Place lid on pot. Wait 15 minutes or until Velveeta is melted and rice has absorbed all the water. Stir mixture.
Serve and enjoy.

Warning- this is VERY thick and heavy food. You can add vegetables if you like, too. I like to have broccoli prepared on the side and tossed in, but don’t be fooled. Nothing about this is healthy. This is a relatively inexpensive and very filling meal, I usually get at least 2 meals from this recipe, and while it looks rather plain, it’s pretty damned tasty.

You mean, actual life from other planets? This is all speculative, so I’ll say, probably. Will we ever encounter them? Let’s examine that.

The first thing we have to ask is, what is life? There could be many different lifeforms in the universe that are radically different from ours, so much so that we would never know they were alive even if we stumbled across them. The second thing we have to ask is, how evolved is that life? The universe could be teeming with life but it could be mostly simple lifeforms. Even animal life takes long time to evolve. What, then, is sentience? Societal organization? Civilization? There is a concept called the Great Filter (see video) which basically posits that the more advanced a civilization, the greater a chance that it self-annihilates. Then there’s the Fermi Paradox which says that civilized life probably exists but the universe is so vast, we could never contact each other. The distance is just too great.

Amy H. (damn, I know a lot of Amys) asks me, “What’s your favorite stuffed animal?” 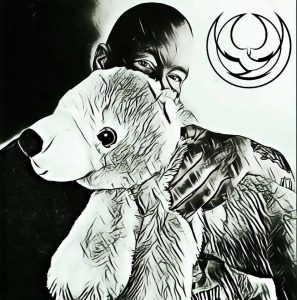 Okay.. most folks don’t know but I have a stuffie problem. I have about 40 stuffed animals. Most of them are polar bears. There are a few brown bears and a pair of dragons, a turtle, a Schnauzer, and a little Chewbacca one. But my favorite as of now is Freddie. He’s about three feet long, super soft and cuddly. I named him after Freddie Mercury. He likes to sing the song “I Want to Break Free”. Maybe someday Ill get that on video… But anyway, here is me and Freddie.

That’s all for this week. Questions, comments, death threats, send them to me. 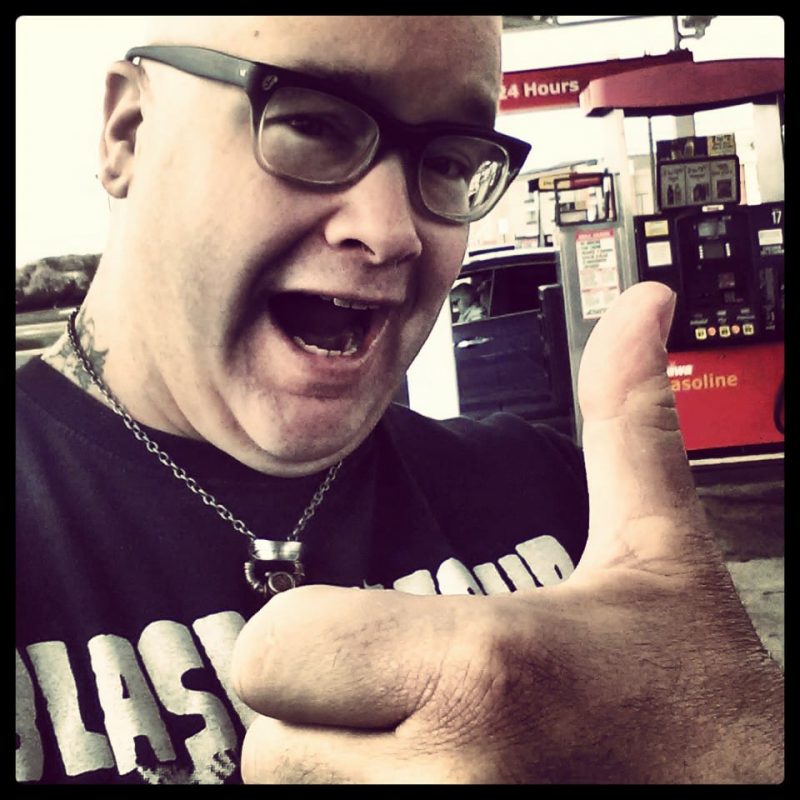